“Can a man change the stars, father?”

While it’s not the deepest movie, I must admit I enjoyed  ‘A Knight’s Tale’ on a number of different levels. I like the humour – especially Mr Chaucer! I like the simple story-line and that it deals with a cross-section of society from the very rich to the very poor. I also like it simply for its entertainment value! But I especially like the quote above – that if a man (or woman) believes enough, they can do anything! It’s so empowering – and especially poignant when told by the young man’s aging father as an encouragement to the next generation. What a positive thing to install in one’s children. What a legacy!

The greatest discovery of all time is that a person can change his  future by merely changing his attitude.                – Oprah Winfrey

I really like this!   I’m not convinced it rates as ‘the greatest discovery of all time’, but I do think the personal discovery that we are in control of our own destiny is pretty huge! Sure, there are things in life we can’t control, others that we can but regardless, we are responsible for our own attitudes. I like that – it’s liberating somehow. I’m one of those people who wants to take responsibility for who I am, where I go and what I do – and at the end of the day, there may be a multitude of events beyond my control – but my attitude is not one of them.  I think I probably have more influence over my life than I realise on a cognitive level – be that positive or negative.

I might even go so far as to say “My attitude is what I give to the world.”

What attitude do I want to share with those around me?

What facets of my character are reflected in my attitude today?

What makes your soul sing?

What moves your heart to create a joyous melody?

What inspires the music which stirs your very being?

What brings out your soul’s own unique and unadulterated refrain?

What is it that you do, that is so purely you, that it makes your soul sing?

As we walk I breathe in the sights and sounds, the smells, the feel of Summer

The feel: overwhelming at times, an almost impenetrable fortress of heat

Hits me in the face, until trees create a welcome tepid shadow

with the aroma of gums – a fragrance, a spice, delightful scent not taken for granted

Too soon replaced when summer gives way to autumn

The sights: Ten thousand shades of green and brown, bright light and shadow

Trees, and sky of boldest blue, streams and rocks; leaves and grasses and gentle fronds

Tuis sing from treetops then swoop on by in search of another, a better perch

The sounds: Ubiquitous music of summer tinnitus – the constant din

One man’s tinnitus is another man’s chorus

I want to share with you something cool that happened to me today. I am in the process of finishing a nine month contract with a company so currently hunting for further work for when my contract finishes mid April. I have some specific skills within my industry but for the past 18 months – 2 years I haven’t been using those specific skills in an effort to step away from work pressure and focus on my husband’s health and our time together. Instead I’ve taken on some more administrative roles – less money, less pressure, while hubby has recovered. This has been good for us, great for my mental health, and also good for my self confidence which took a bit of a knock at one stage. My husband and I have a mortgage and I feel that I need to contribute towards that and I have done that.

I found a role advertised which uses my skill set and had some great potential opportunities. More responsibility and more money and getting back into what I’d trained for. I felt I had to apply for it, wasn’t sure I wanted to but it seemed appropriate, along with several other clerical-type roles I’m currently applying for. I didn’t expect to get an interview due to the caliber of others available with these skills in my city – but was asked earlier in the week to attend a formal interview, planned for today.

Now in preparing for the interview I had to plan answers to potential interview questions and the answers I planned didn’t roll off my tongue like they would have 18 months ago. My memory isn’t always great – but I know that and I know where to go to get the information I need.  During the interview planning I was aware of the ‘anticipation butterflies’ appearing in my gut and starting to make their presence known – that sense of potential stress, a little anxiety -the potential for my anticipation of the interview and the stress surrounding it to be blown all out of proportion. So I determined that actually I was going to put my best foot forward, NOT STRESS, use this as interview practice, and attempt to focus on just being authentic – just being me. Rather than trying to ‘wow’ them with my skills, I’d try instead to be ‘real’ and they could decide from there if I was a good fit for their organisation.  So in my preparation, focusing on being real and hoping they’d see ME, took the stress out of the equation, and mostly kept the butterflies at bay. This isn’t about impressing anyone -it’s about being authentic.

I turned up early and relaxed and focused on being real. The interview panel consisted of 3 women who seemed friendly and chatty and after the first few minutes I ended up sharing with them that my goal for this interview was just to be authentic, which they seemed to appreciate, and commented that my covering letter was very open and honest and that was all good. We were off to a great start. In outlining the structure of the interview I was told I would be given the opportunity to ask questions at the end. I said I did have some questions but asked if they would like me to leave them until later. “What sort of questions?” So I said I just wanted to get a feel for the role – how big was the team, what was the specific focus of the role, how junior or senior was the position etc, as I wanted to make sure I was positioning myself correctly and didn’t want to waste their time. (The job description had been fine but hadn’t been very specific, which I imagine gave them access to a greater number of potential candidates.) They were fine with that and told me what I needed to know -there was a key area of focus which wasn’t one of my strengths. I have a some great skills but the focus of this role wasn’t something I had done much of, it was some years earlier, and while I was happy to learn, if that really was the focus and they needed someone to hit the ground running with this role, then I wasn’t what they were looking for. So I suggested as pleasantly as I could that we terminate the interview at that point and explained why because I wanted to be real and didn’t want to waste their time. They were clearly surprised, but seemed to appreciate my honesty. One of the interviewers asked if they could keep me in the mix for this role -even though I had just been honest about my strengths and obvious weaknesses – and I said that was fine. Then the Human Resources consultant sitting opposite me said “In that case I’d like to talk to you about other potential opportunities within our organisation for someone with your skills” and I said I’d be happy to chat.  The other interviewers left the room and the HR consultant and I chatted for the next half an hour – I was honest about what skills I wanted to use and what was important to me these days – my sense of work/life balance, the fact that I’m determined but a lot less driven these days – I tend to be softer, more empathetic and compassionate (characteristics this organisation says it values) etc. It was a lovely friendly chat. She said she’d have a chat to some of her colleagues and get back in touch via email within the next few days.

I left the interview elated! I had had a great time, shared part of myself – had a great response and been true to myself. I felt like I’d acted with integrity, honesty and authenticity to the point that it might well have been to my detriment -but it wasn’t. The point here is that it doesn’t matter whether they make contact or not – I was true to myself and the responses I got back from doing so were very positive – and proof that I’d done the right thing.  I went back to my current job and was able to share with some of my friends there about what a positive experience the interview had been, even though I had terminated the interview after only ten minutes or so! I was proud of me! I was true to my word; I was authentic; and I think I left the interview with my integrity in tact.

I am attempting to make a habit of self-compassion and self-care. I was true to myself, honest, showed integrity, and I definitely felt like I had been authentic. I left the interview feeling like the winner I am! 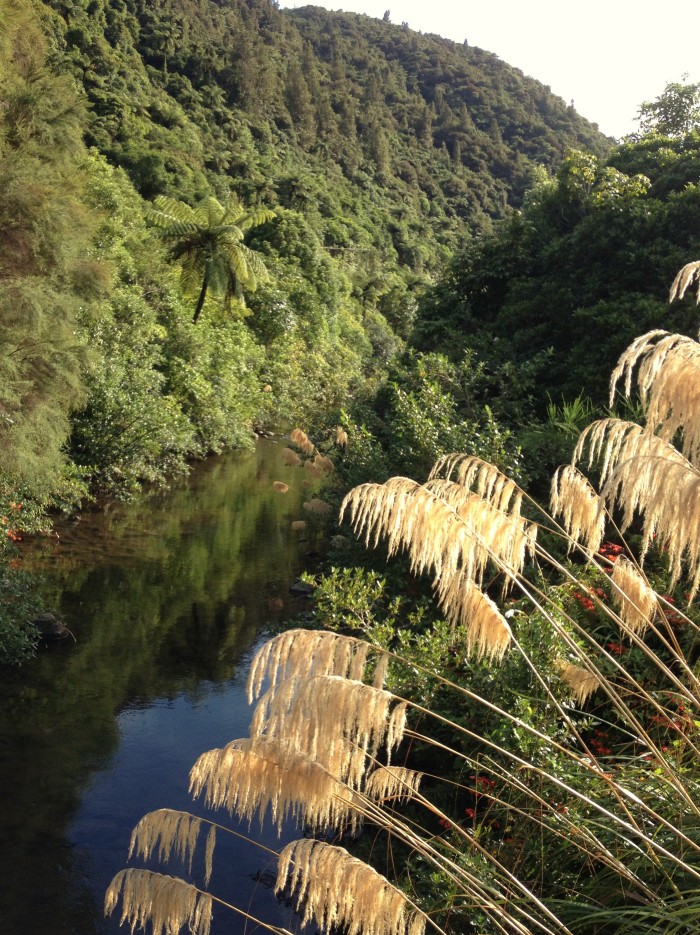 I choose what thoughts I dwell on